The sights and sounds of Pomp and Circumstance filled the Grove Sunday morning, May 19, 2019, as 61 seniors graduated from Saint Mary's School. Head of School Brendan O'Shea presided over the commencement exercises. It was a glorious Saint Mary's commencement day in the Grove, as the graduates turned their tassels and Saint Mary's rings. 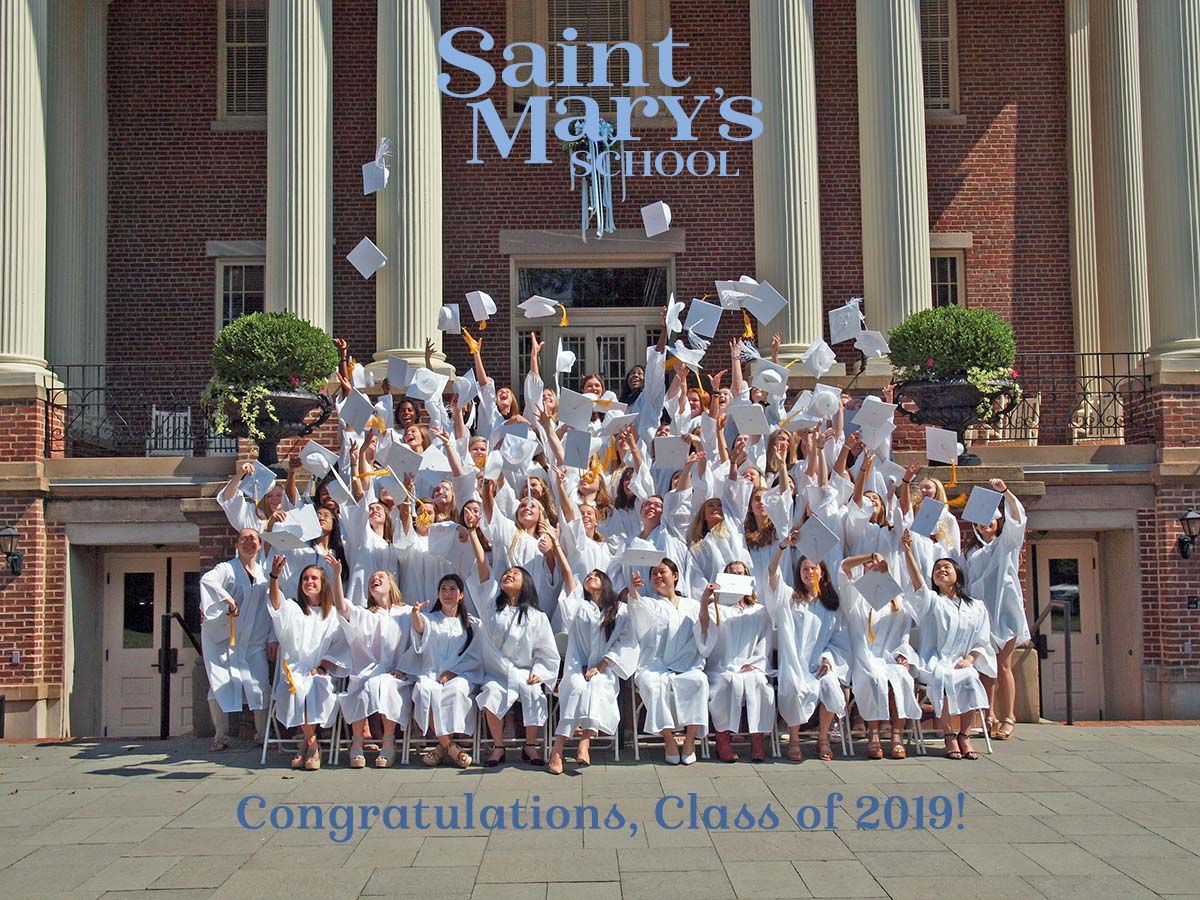 In keeping with Saint Mary's tradition, Student Government Association President Stephanie Woods '19 and Senior Class President Cammie Griffin '19 marched at the head of the line of seniors. As the graduates made their way to the center sidewalk for the official procession, underclasswomen presented each graduate with an iris to carry and place in the Class of 1987 urn just before stepping onstage to receive her diploma.

The Chorale and Voice Ensemble offered special music, No Time, by Susan Brumfield.

Following the final singing of the year of the School Hymn, Chief Marshal J'Lah Johnson '20 stood at the top of the steps of Smedes Hall, directly beneath the lantern adorned with Saint Mary's blue ribbons, to drop the handkerchief and declare the 177th session at Saint Mary's to be officially closed. After the traditional handkerchief drop, the marshals walked into Smedes and closed the doors on another Saint Mary's commencement.

Members of the Saint Mary's School Class of 2019 are poised to step out of Saint Mary's gates and into an exciting future. Prepared at Saint Mary's "for college and life," these graduates have challenged themselves in and out of the classroom, expanded their boundaries, made real-world connections, and grown as young women of intelligence, integrity, and purpose – ready to serve and shape their world.

Click here for a gallery of downloadable photos from commencement weekend.

Chen Liang '19 of Beijing, China, was the recipient of the 2019 Cooper Medal, in recognition of achieving the highest G.P.A. for the year.

Josie DeRonja '19 of Raleigh was the recipient of the 2019 Niles Medal for finishing with the highest G.P.A. over her years at Saint Mary's.

Ava Blane Spiegel '19 of Asheville, North Carolina, received the Catherine Ruth Proctor Award, presented by the Saint Mary's chapter of the National Honor Society in recognition of the student making the greatest scholastic advancement over the past four years.

Madison Nash '19 of Nashville, North Carolina, was the recipient of the 2019 Georgia Lee Kinsey Award, presented by Saint Mary's Chapter of the National Honor Society to the graduate who has accomplished the greatest scholastic advancement over the past two years.

Wenxi Zhang '19 of Beijing, China, was chosen to receive the King Medal, awarded each year to the graduate, who, in the opinion of the faculty, has most consistently practiced good citizenship at Saint Mary's and inconspicuously served as an example to others.

Maddison Wooten '19 of Raleigh was voted by her classmates to receive the Margaret and Ann Highsmith Medal, awarded to a graduate who exemplifies the Christian idea of helpfulness to others motivated by her genuine love for all members of the school community.

Lola Olagbegi '19 of Lithonia, Georgia, is the 2019 Marian Drane Graham Award winner, as chosen by a committee of alumnae, students and faculty. This award was established in 1968 as a memorial to Marian Drane Graham, Class of 1919, wife of Frank Porter Graham, former president of the University of North Carolina and a former U.S. Senator. The award is made each year to a graduate who, in Dr. Graham's words, exemplifies Marian's "reverence and humility of spirit, scholarship without pride of excellence, zest for life, faith and fortitude, and all-around development in the course of her radiant and nobly useful life." 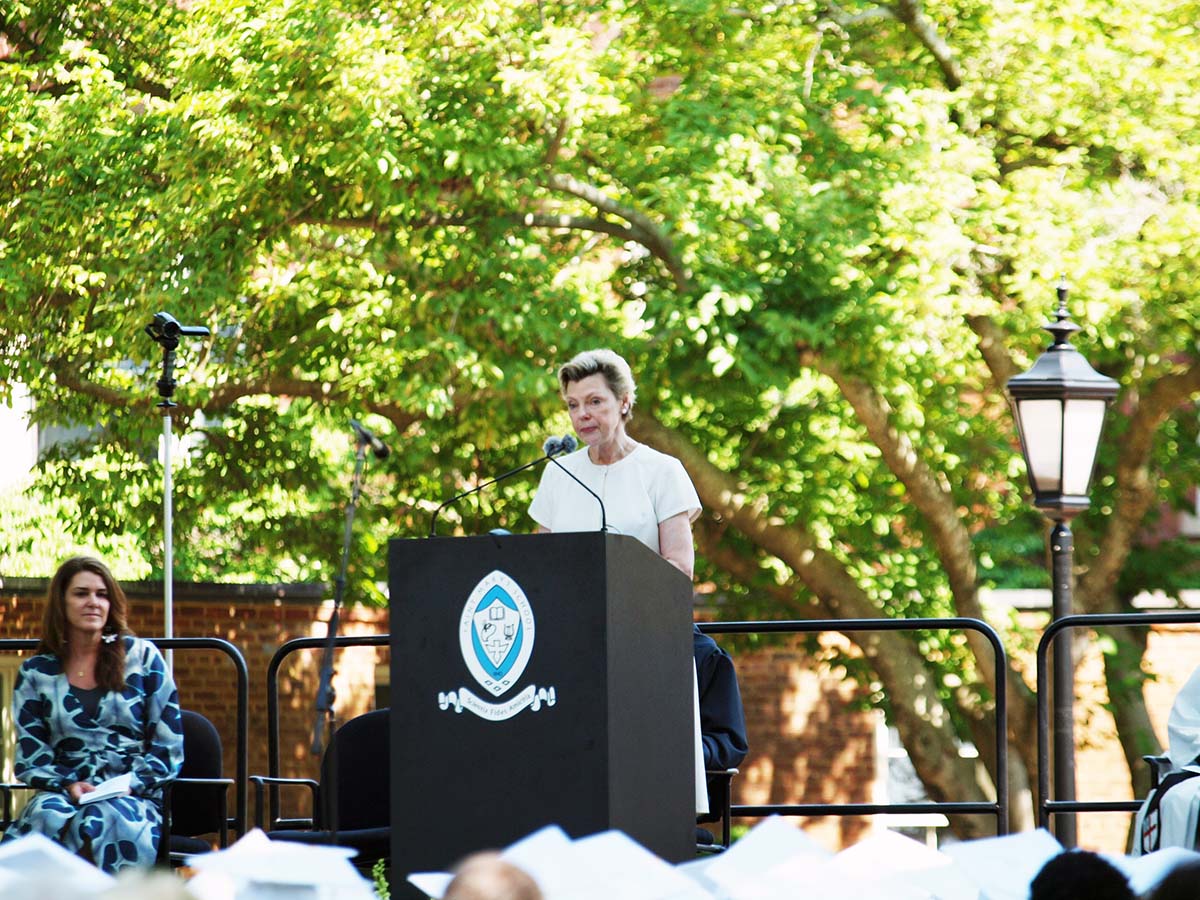 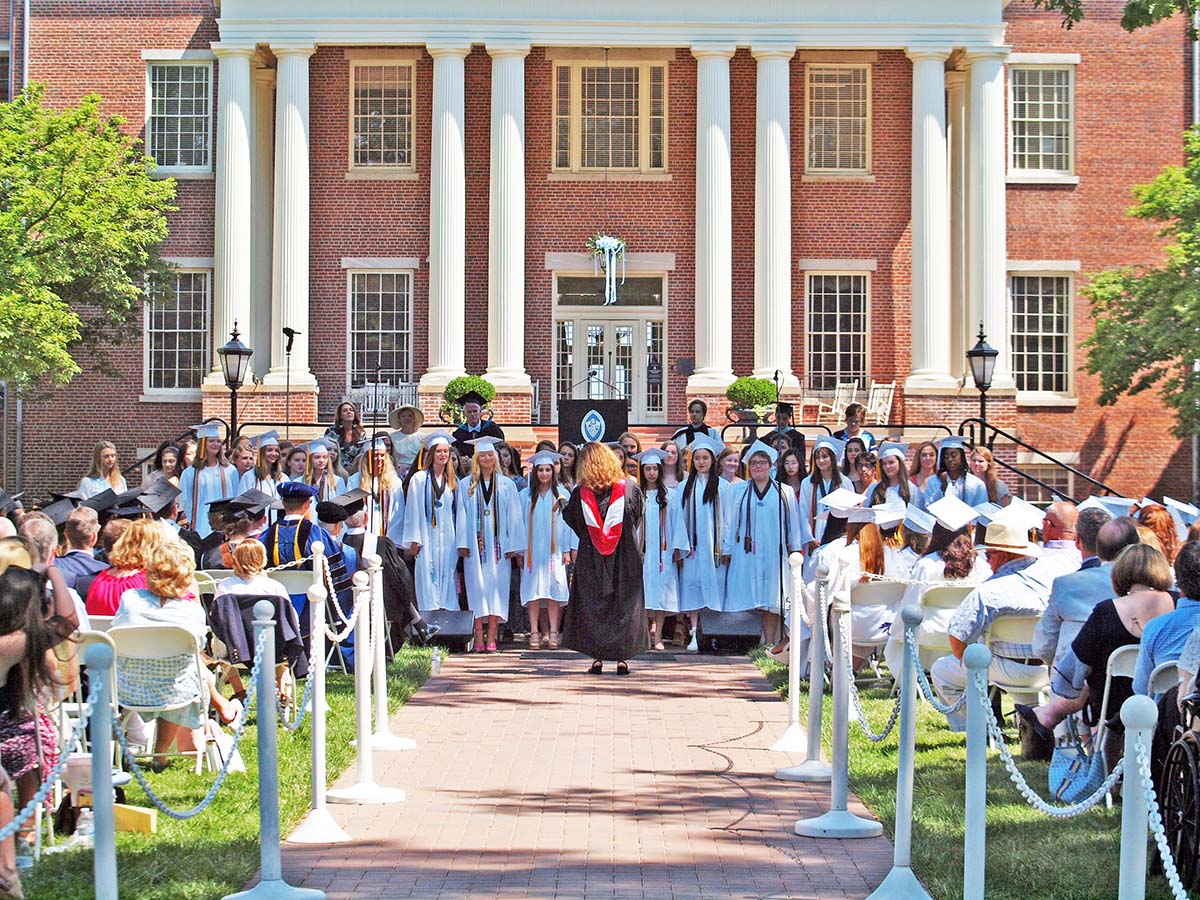 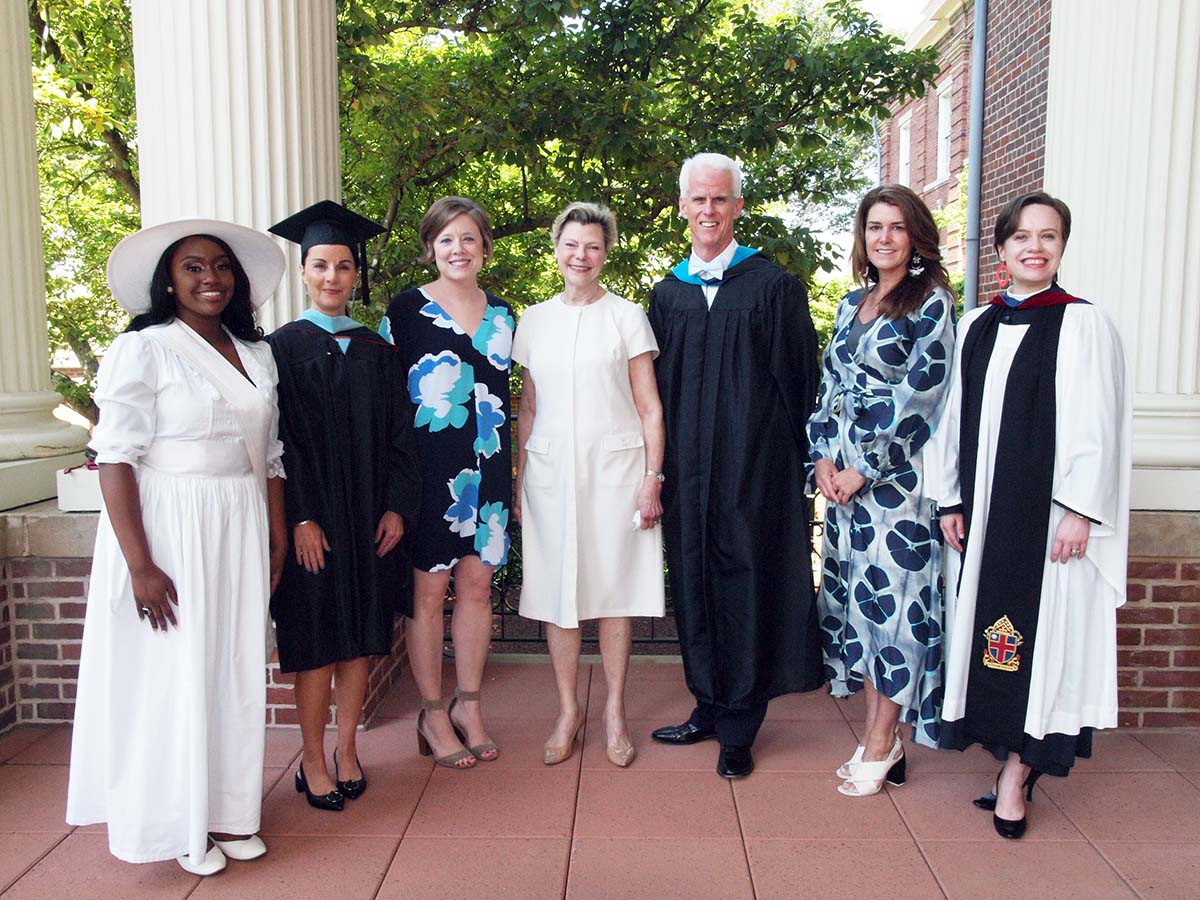 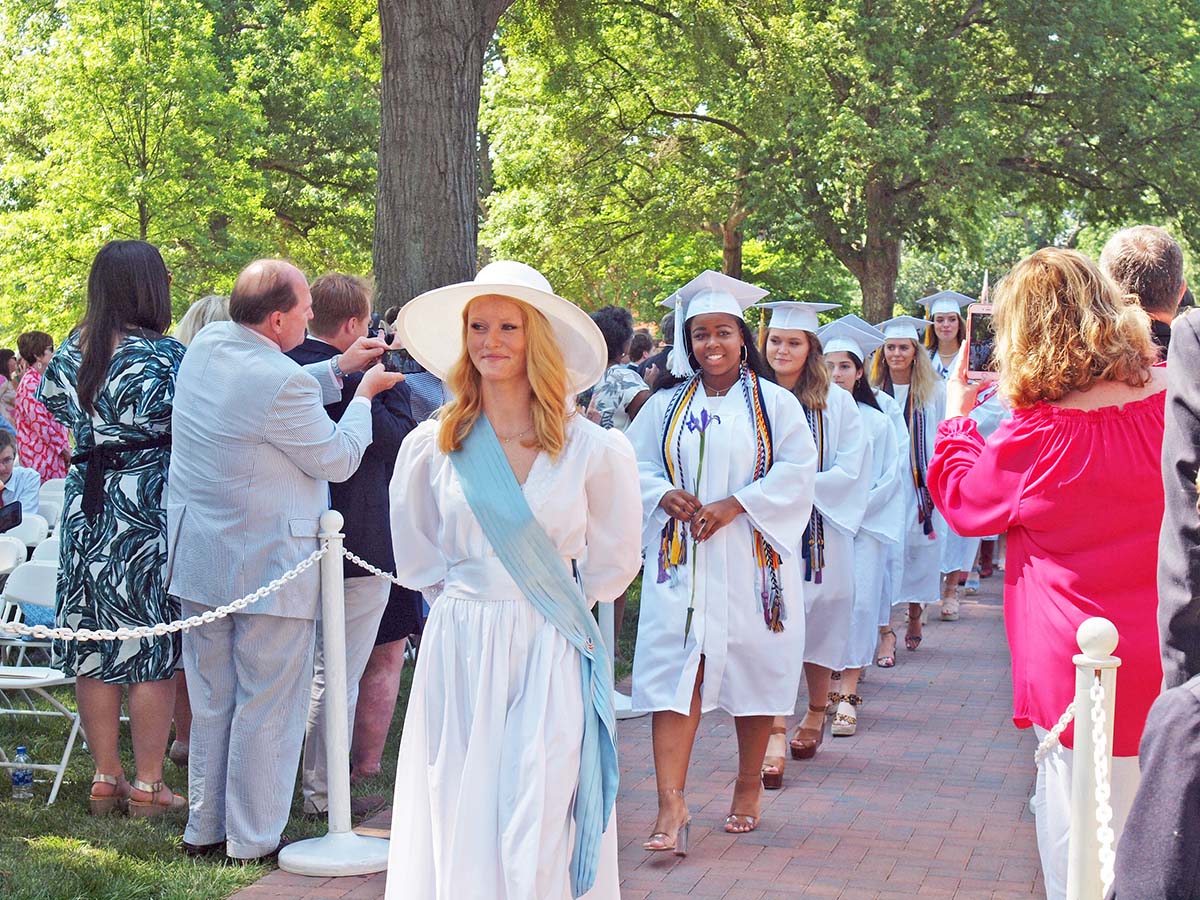 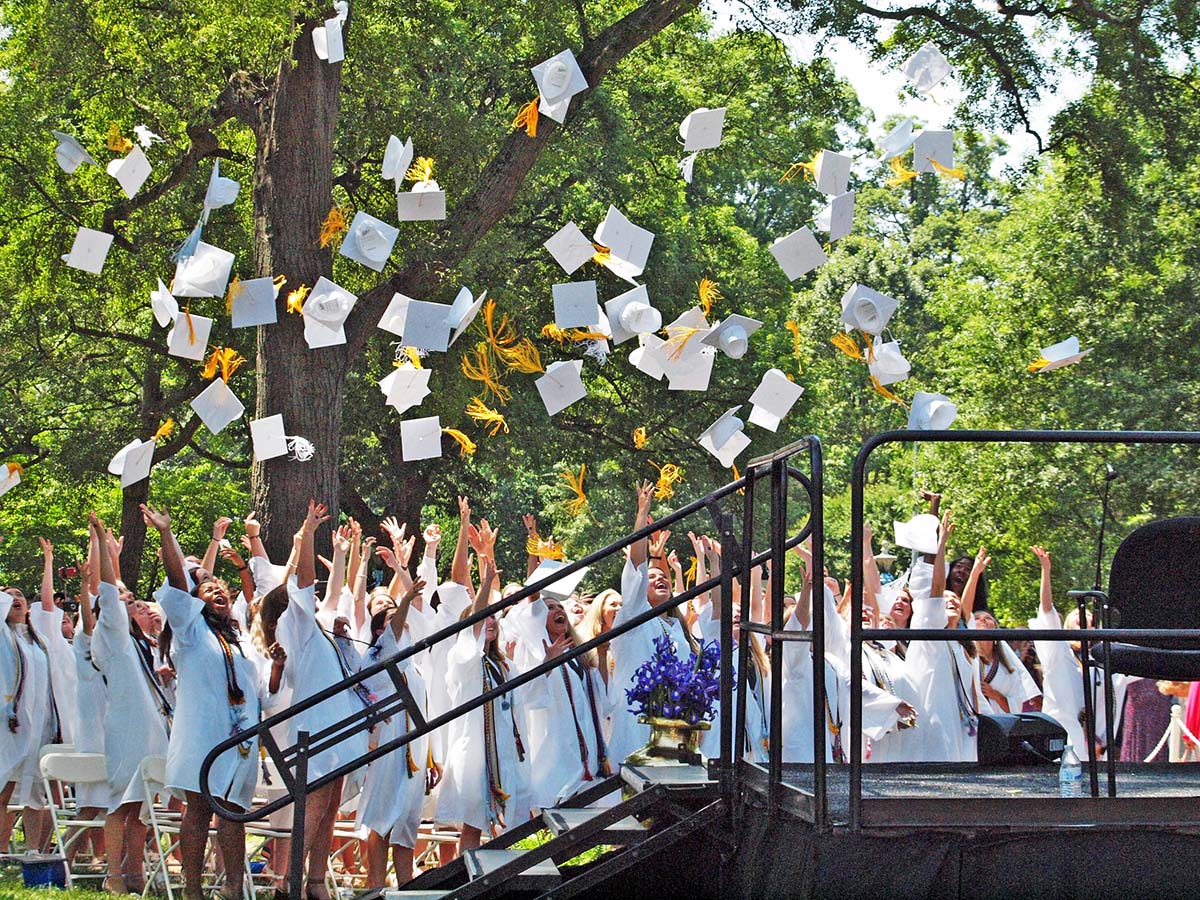 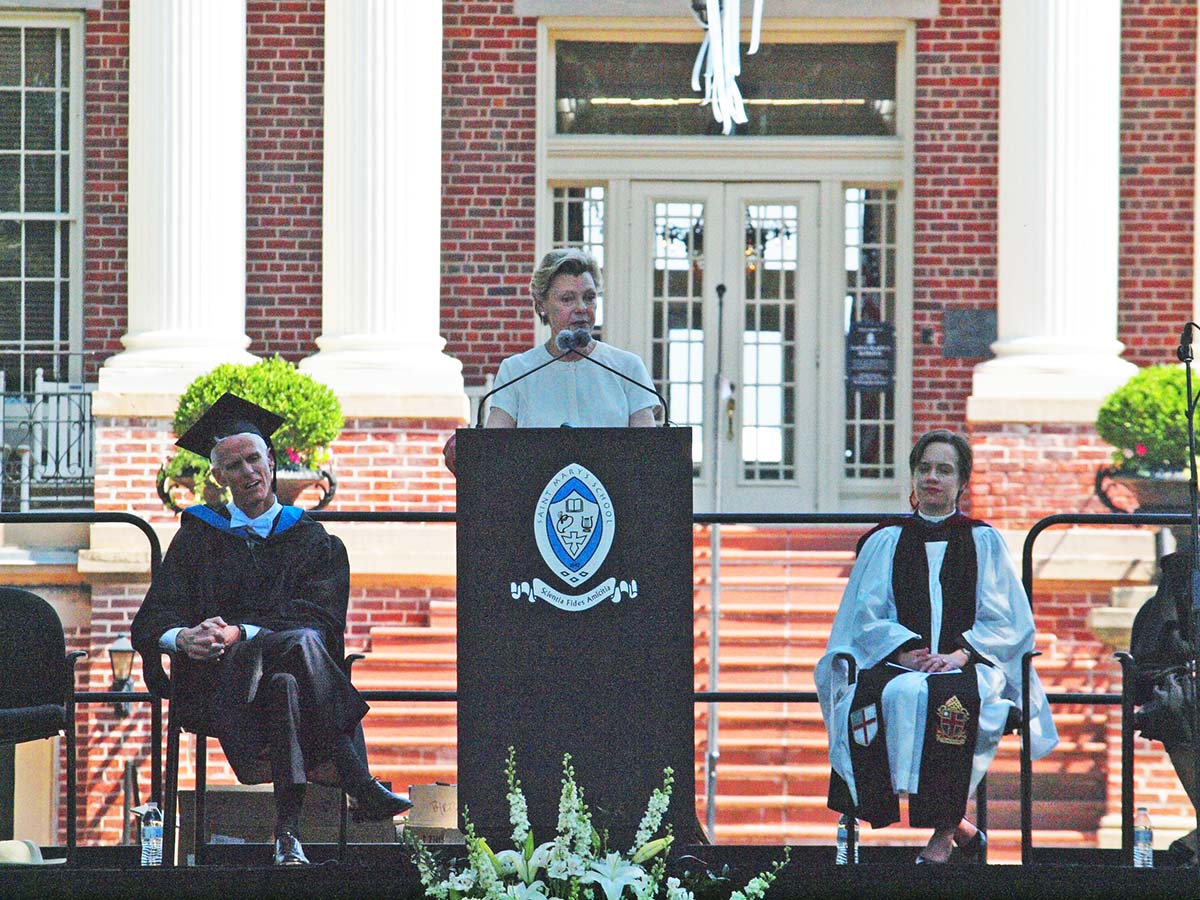 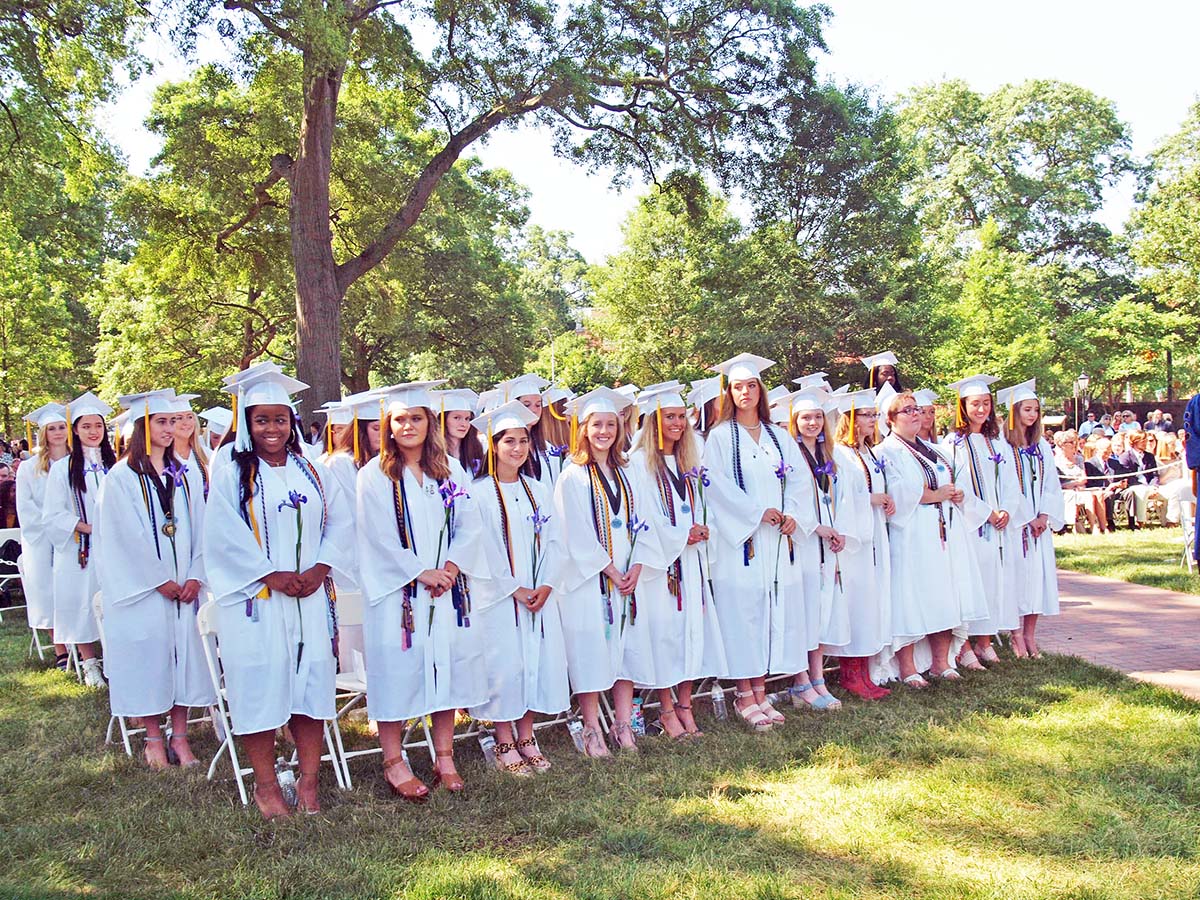 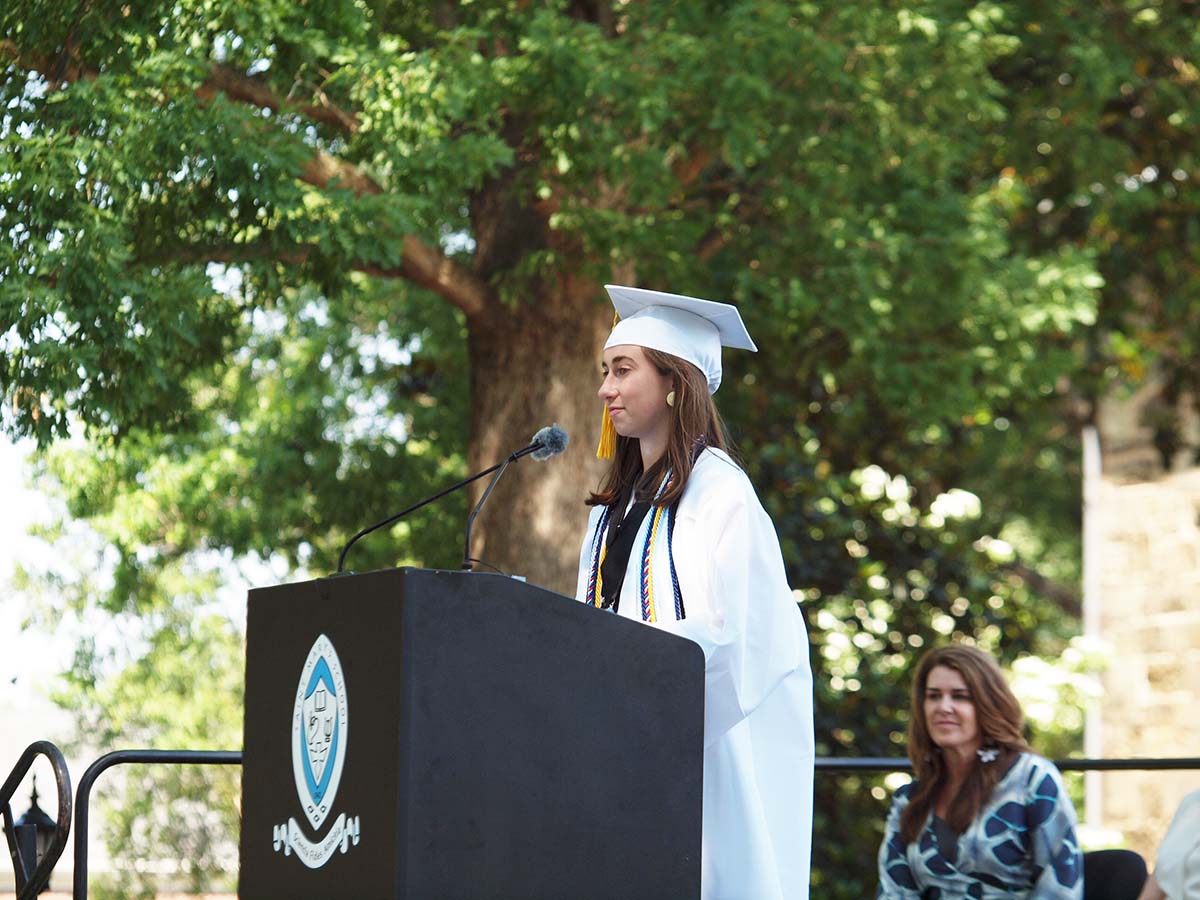 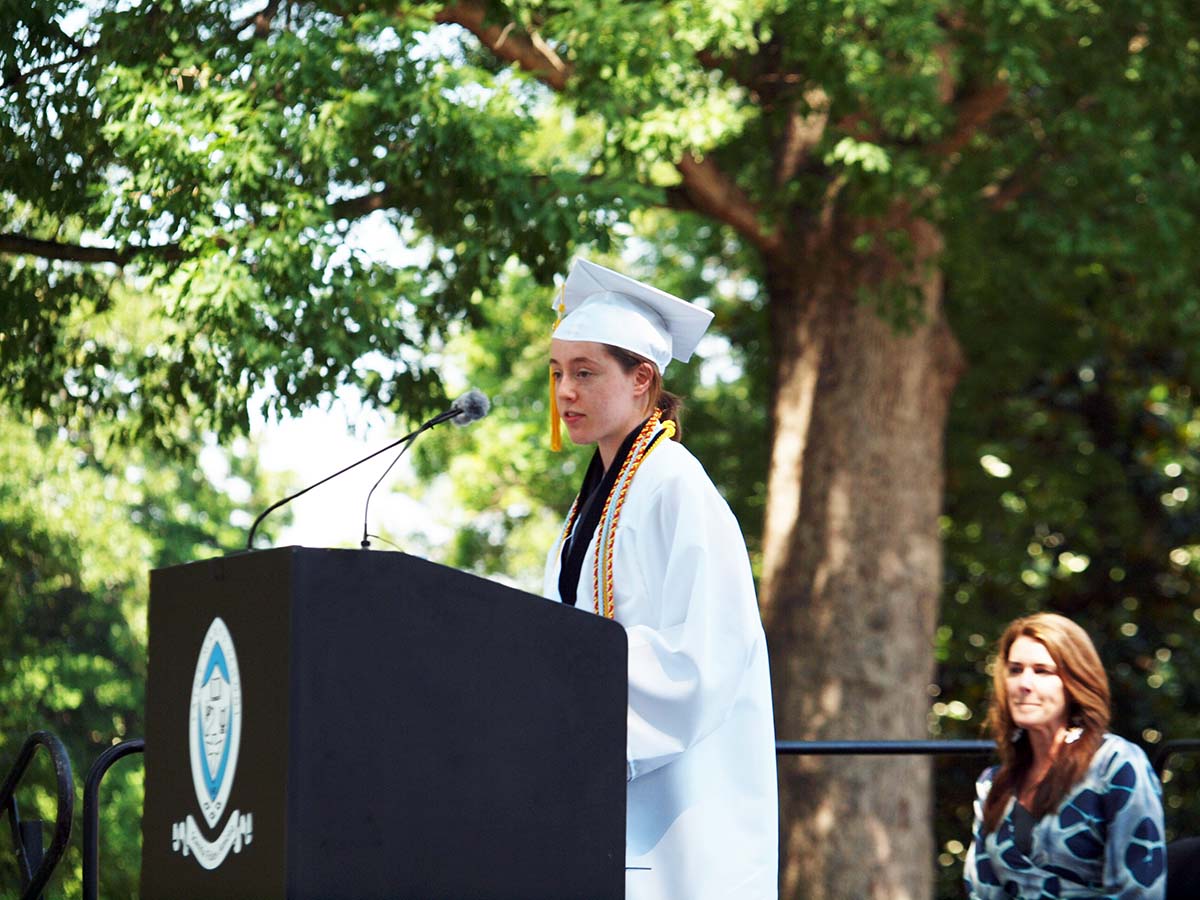 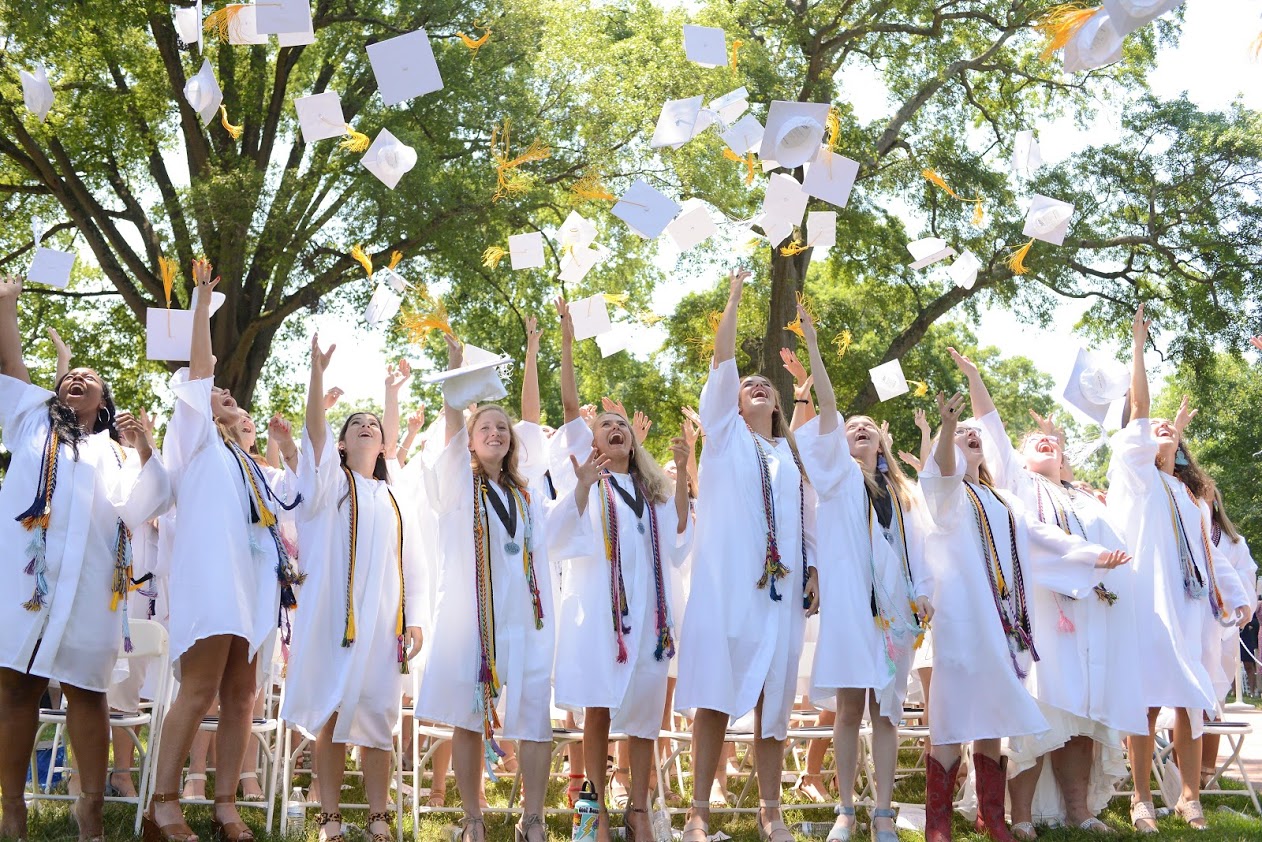 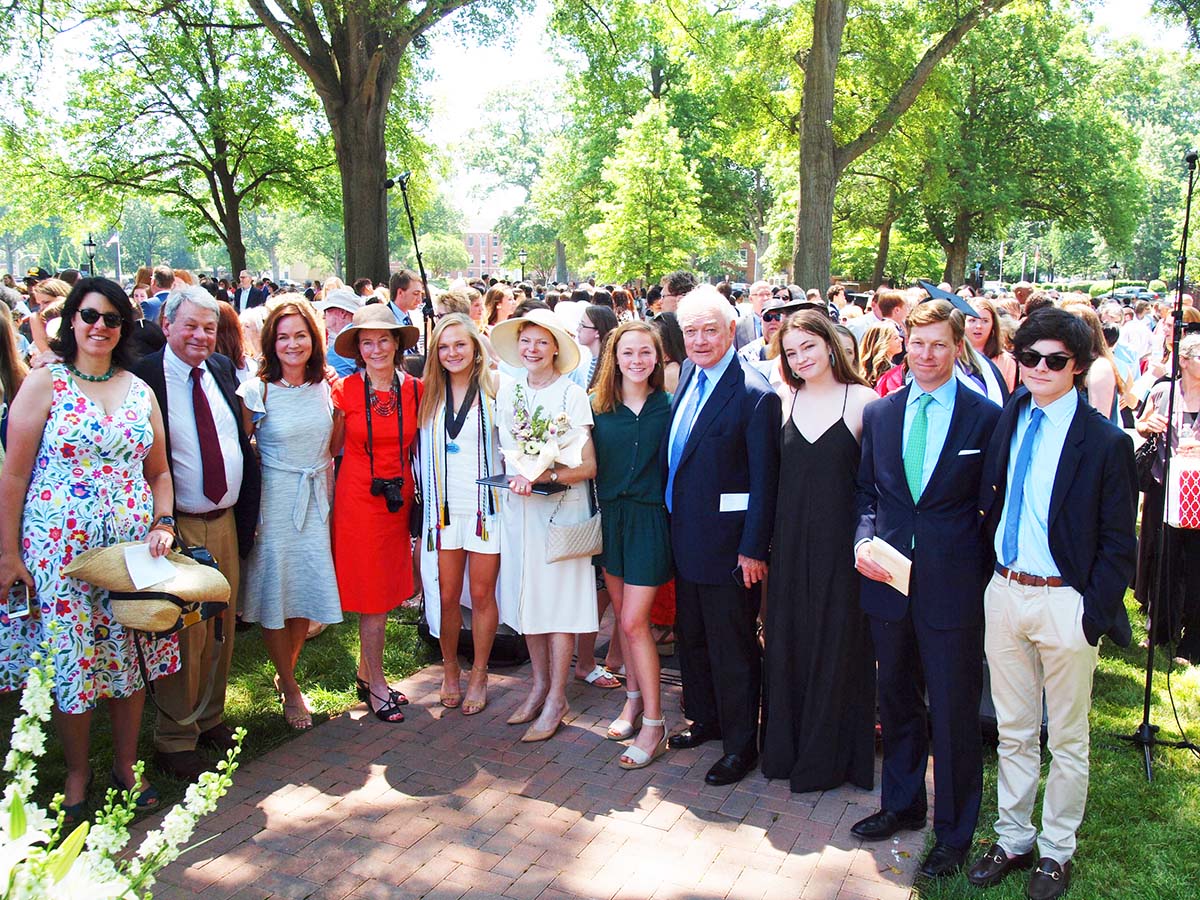 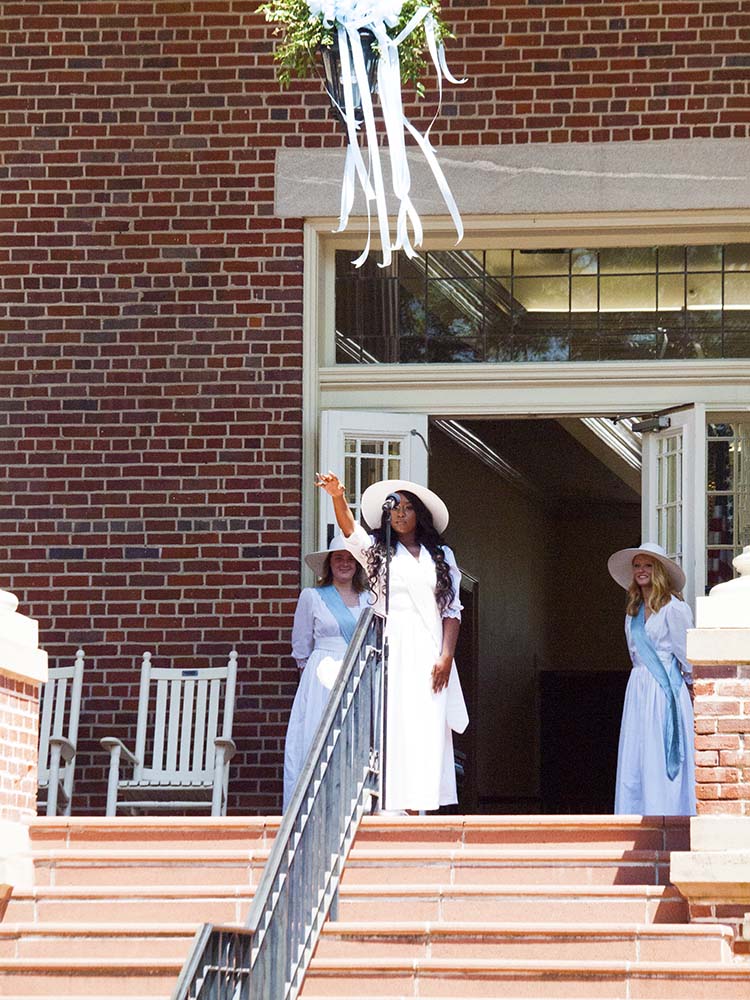