The sounds of Pomp and Circumstance filled the Grove at Saint Mary's School Sunday, May 21, as commencement exercises for the historic 175th session began promptly at 10:30 a.m. 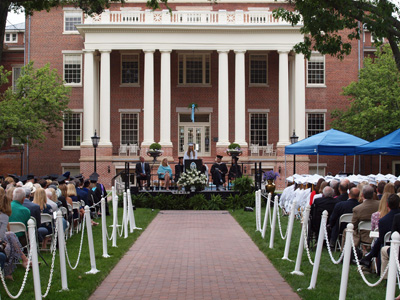 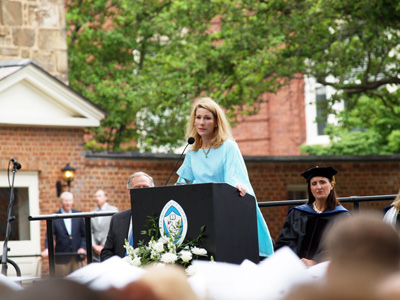 Following remarks by Dr. Gillespie, the ceremony closed with the singing of the School Hymn and the time-honored Saint Mary's tradition of "the dropping of the handkerchief" by Chief Marshal Suiter Ragland '18, which symbolically closed the historic 175th school year.

A baccalaureate service, with Chaplain Ann Bonner-Stewart presiding and speaking, was held in the Chapel at 9:30 a.m. for the graduates and their families. Lunch was served immediately following commencement in the 175th anniversary gala tent in the Hannah Smith '12 Quad for graduates and their guests, as well as the campus community.

Once again, Saint Mary's graduating class boasts 100 percent college acceptance to a broad range of outstanding colleges and universities around the nation and abroad. The graduates leave Saint Mary's School as resilient lifelong learners, well prepared for college and life. Click here for more about the colleges and universities which have offered admission to members of our Class of 2017.

Enjoy this album of commencement photos on shutterfly, where you may order prints. 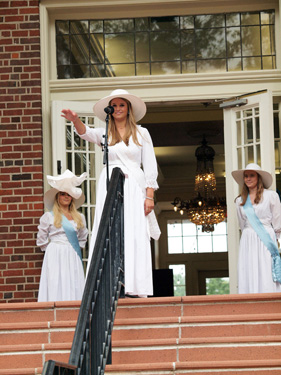