Each year, the LIGHTUP Festival in Chapel Hill celebrates the Lantern Festival (the last day of the Lunar New Year) and gives everyone an opportunity to experience Chinese food, calligraphy, a dress-up photo booth, and other traditional arts and crafts. Most importantly, there are lots of indoor and outdoor performances, including bands, Peking Opera, and dance battles.

I have participated in these performances with my dance crews since freshman year; however, this year as a senior, my LIGHTUP memory has to include my Saint Mary's K-pop Girls. After putting all of our pieces together and making as much time as possible for practice in just two weeks, we finally created a 15-minute K-pop Mashup for the audience. 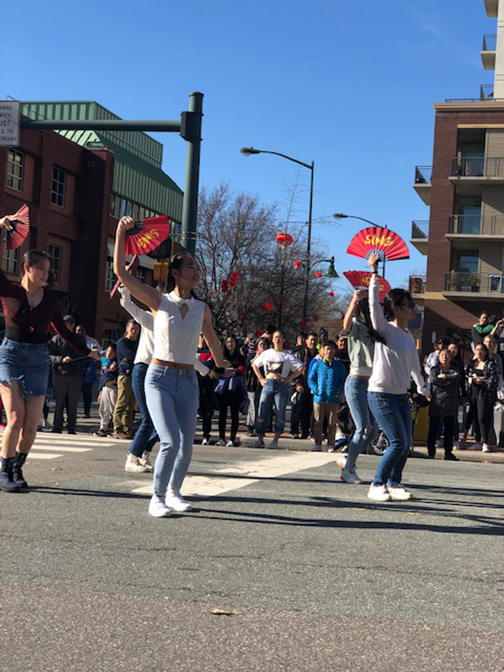 Unlike other stage performances, Flash Mob (a large public gathering with a seemingly random act) is a type of performance that our group has never tried before. It requires us to attract passersby, engage and connect with our audiences, and give them wonderful surprises. All this made us want to be courageous and challenge

To our surprise, we received more than 50 audience-members in less than half a minute, and the audience grew up to about 200 as people walking on Franklin Street stopped by our performance spot. By the time we finished, some people still expected more and did not want to leave.

During this performance, I saw some of my group members transferring from shy figures to confident dancers. With the public's praises and group members' support, our K-pop Girls not only gained an excellent reputation in the Triangle community at the event, but also gained confidence in themselves as strong and independent 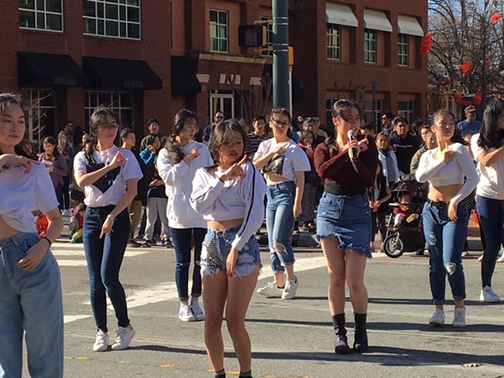 From finding and editing the choreography, negotiating the performance, singing, recording, and remixing background music, to organizing rehearsals amid Little Women rehearsals and the AP U.S. Government D.C. trip, everyone did the best they could with their part of the work. Our present group includes many who have not performed at all before and some who have not even learned to dance. We are truly proud of ourselves for pulling this performance together!