Sigma-MU Field Day 2019 is in the books, as all new students were chosen for one of the teams in a raucous ceremony in Pittman Auditorium before the games began on a picture-perfect Saint Mary's day in the Hannah Smith '12 Quad.

The annual Sigma-MU Field Day is a favorite event for students, and the seniors worked all week planning and creating their uniquely school-spirited outfits, including beaded t-shirts, glitter, and face paint. New girls were chosen for their respective team Friday afternoon and soon realized why Sigma-MU is one of Saint Mary’s favorite traditions. 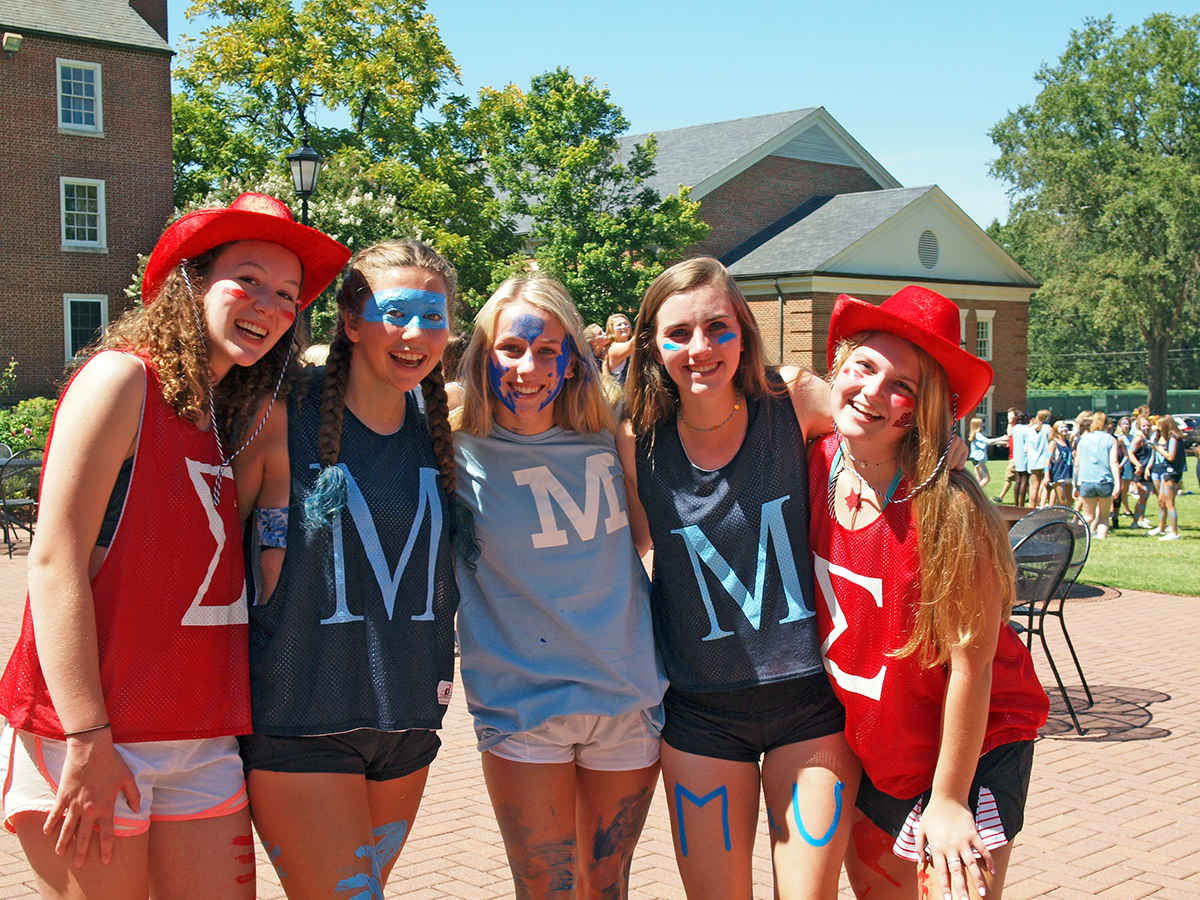 The Sigma and MU athletic societies date back to 1900 when they were the intramural basketball teams of the 1900s, during an era when interscholastic sports competition for girls was not the norm. In later years, the intramural competitions expanded into more sports such as tennis, field hockey, softball, powder puff football and field day games, along with tournaments in ping pong, billiards, and bridge.

The tradition was disbanded in 1977-1978 with increased opportunities for interscholastic team sports for girls. Sigma-MU was revived by a group of students in 2002, working with an alumnae staff member who had participated as a student in the 1970s, and the tradition was re-energized for a new era.

In the 21st century, with the need for competitive sports filled by varsity and junior varsity teams in 11 sports, competition in Sigma-MU evolved into extracurricular games and tournaments such as relays, tug-of-war, dodge-ball, and capture the flag, as well as fundraising competitions and community service projects for a variety of non-profits.

The Sigmas and MUs battle in fun competitions throughout the school year to see which team will win the championship shield. According to longtime Sigma-Mu tradition, all students are divided into two teams. Legacy daughters and granddaughters are placed on the team of their mother or grandmother, whenever possible. 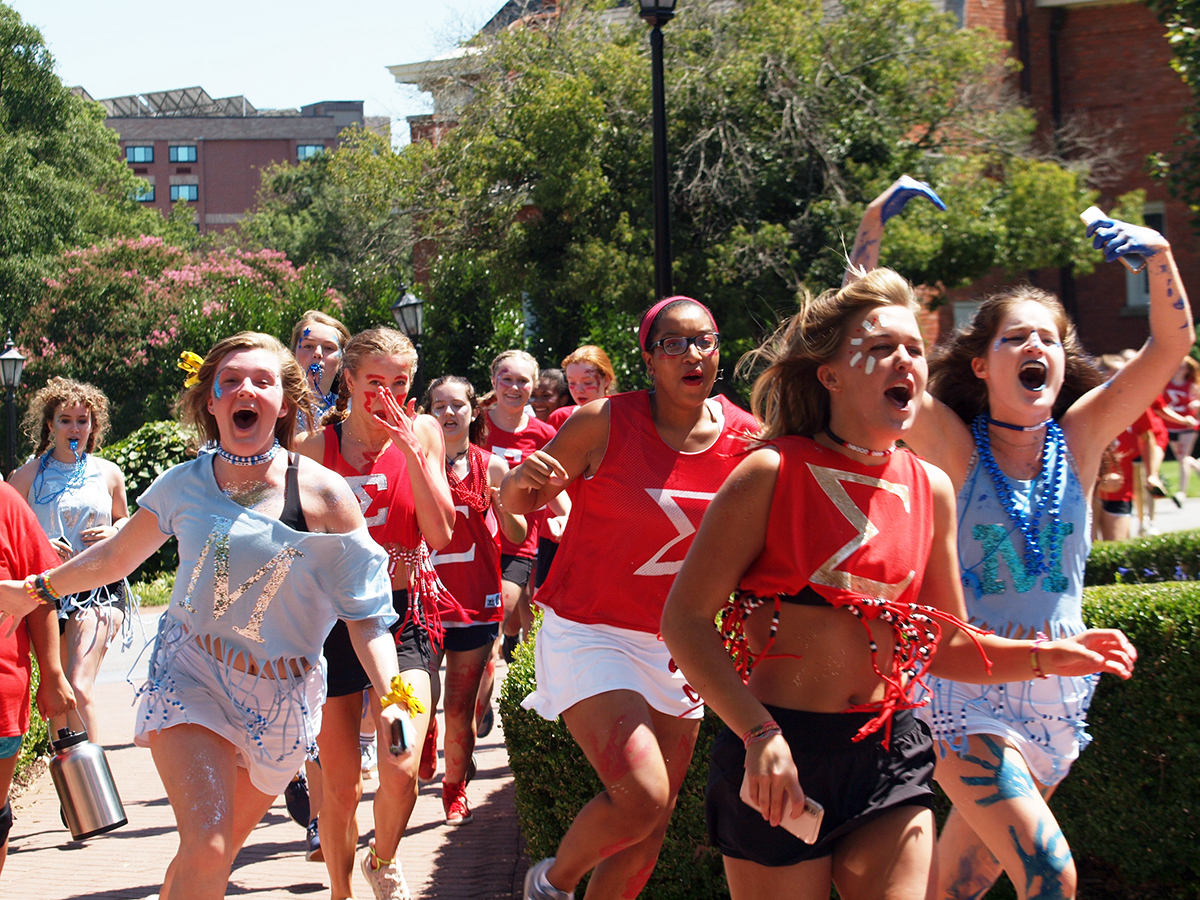 Sigma and MU are the Greek letters for the initials of Saint Mary’s. The Heritage, the history of Saint Mary’s by Martha Stoops, reports that in the early decades of the 1900s, “almost the whole school turned out for the field day contests between the two societies.” More than one hundred years later, all students, faculty and staff turn out wearing their red Sigma team t-shirt or their Saint Mary’s blue t-shirt for Sigma-Mu field day during the first week of school, as it has, once again, become one of our favorite Saint Mary’s traditions.

The MUS won the day this time around, but a year of competition lies ahead. Go, Sigma! Go, Mu! Go, Red! Go, Blue!